VICTORIA, British Columbia, Jan. 20, 2020 (GLOBE NEWSWIRE) — Merely months after the purchase of the Westin Bear Mountain in Langford, BC, Raoul Malak and his team are working tirelessly to elevate the property to five-star status. This massive undertaking will see the resort grow to 42,000 square feet from the current 28,000 square feet.
After shuttering a secondary building, the room count will drop to 91 from the current 156. The main building will then become home to all guest rooms, the spa, dining facilities, a new state of the art kitchen and wine cellar/ sommelier room. The entire main floor will be custom designed by Vancouver based firm CHIL, the award-winning team behind the captivating designs at hotels such as the Shangri-La, Fairmont Pacific, and Fairmont Waterfront.For larger parties and those who prefer separate accommodations, potential plans for the hotel may include thirty villas. Each would be over 600 square feet and located just steps from the spa and dining/lounge space in the main building.The renovation of the main building will feature an open concept lobby and lounge area. Dining will be expanded as well, with a new enclosed space for indoor/outdoor dining. Accompanying this will be a new streamlined menu featuring more upscale dishes. “Our choice of menus is critical because we don’t want a large number of options that require a lot of kitchen space,” says Malak. “Instead, let’s concentrate on smaller menus and let’s have the flexibility to change that menu every month.”Lighting will be by renowned Portuguese lighting designer Serip, a company that focuses on lighting as an art form.  Also included will be pieces from Vancouver BC-based Bocci lighting, whose pieces are seen in trendy restaurants such as the Cactus Club. Beyond lighting, Malak plans to add some true conversation pieces in the form of 400-500 pound statues of bears. These statues will create an eye-catching scene, meant to carry the feel of Bear Mountain throughout the main floor while paying homage to First Nations ancestral land. These pieces will be created by Inuit artist Manasie Akpaliapik who is featured in major collections such as the National Gallery of Canada.“We want to create a visual experience when people come in,” says Malak. “We want guests to say that ‘these people thought about everything, including bears’,” he adds.Many other changes won’t be as obvious, says Malak, who plans to bring in a staff consultant, implement new training programs for staff ambassadors, use tablets to create completely smooth communication with the kitchen, and upgrade to a much more efficient and user-friendly food and beverage point of sale system.“We are going to give our employees the right technology, but it’s not going to take away from the delivery of service. Face-to-face contact with the customer is key,” says Malak.All of these improvements add up to one thing – a newly renovated Westin Bear Mountain resort and the promise of being the new social hub of Langford, BC. 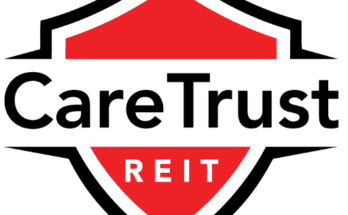 View all posts by Kevin Vandenboss →